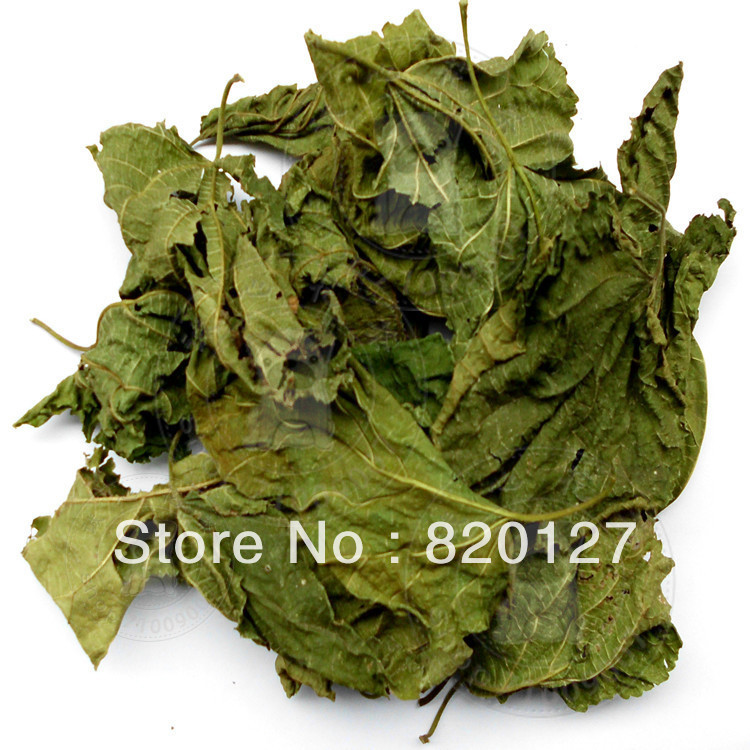 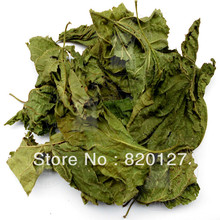 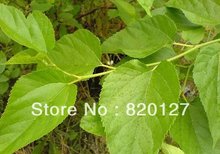 Folium Mori means the fresh or dry leaf of Morus alba L., with English name as Mulberry Leaf. There are 16 kinds of this plant all over the world, distributing in the north temperate zone, the Asian tropics, the African tropics and the American area. 11 kinds of them grow in China, distributing in most areas of the country, major in Jiangsu, Zhejiang, the southern areas for raising silkworms.

Mulberry belongs to deciduous arbor, with shrub form in common. The bark presents ochre color, and the branch in grey-white color, with soft hairs when tender. The leaf is like oval, with length 5—10cm, maximum to 20 cm. Unisexual flower, in yellowish-green color, comes into bloom with leaf in the same time. Florescence: April – May; Fruit period: June – July.

2 .The use history of Mulberry Leaf

The mulberry is very tasty, with no side effect. The scholars in ancient China substituted mulberry leaves for tea leaves in the beverages, for maintaining the youth. Mulberry leaf is also a kind of traditional Chinese medicine most in use. Except for expelling wind-evil & clearing heat, clearing liver & improving visual acuity, it still has the effect for preserving youthful looks & blacken hairs. The efficacy of the mulberry leaf is rather wide, including relieving cough, eliminating heat; curing dizzy, clearing eyes’ fatigue; promoting the subsidence of swelling, clearing blood; curing dysentery, stomachache; invigorating liver and skin-care, etc.

In the treatment of Chinese medicine, the mulberry leaf can be used as the medicine to improve diabetes and some other difficult and complicated cases. The mechanism for mulberry leaf tea to lose weight is related to its effect of “removing swelling” and “ clearing blood ”. Mulberry leaf tea can remove swelling, it’s due to the mulberry leaf favourable to the water. This effect is different from diuresis, it not only can improve urination, but also remove the surplus moisture piling in the cells. “ Clearing blood ” means removing the excessive neutral fat and biochem cholesterol in the blood. More neutral fat or biochem cholesterol in the blood means high blood fat disease. Therefore, the fat people are easy to get high blood fat disease. Mulberry leaf has the effect to improve high blood fat.

Including β- sitosterol, stigmasterol, campesterol, β-sitosteryl-β-D-glucoside, mesoinositol and metamorphic hormone such as inokosterone and ecdysterone.

(1) The effect to reduce blood glucose

DNJ in mulberry leaf has clear inhibition to the value of blood glucose rising.

Total polysaccharides in mulberry leaf have clear effect to reduce blood glucose for rat with diabetes caused by alloxan.

(2) The effect to reduce blood pressure

(3) The effect to reduce biochem cholesterol and reduce blood fat

Feeding the rabbit with high blood fat, mixed with mulberry leaf, to the result, the biochem cholesterol and neutral fat in serum decrease in different degree. Mulberry leaf and its extracts also can reduce the intensity of the protein in serum for the rabbit.

Through study to pathologic section of the liver, it’s proved that mulberry leaf has indeed the effect to inhibit the formation of the fat liver and to reduce the fat in serum

(4) The mechanism for mulberry leaf to reduce blood glucose

Mulberry leaf can inhibit the blood glucose rising, the major functional material is that DNJ in mulberry leaf can inhibit the activation of α-glucosaminidase, inhibit catalytic reaction of α-glucosehydrolase, thus stopping and delaying starch food decomposing into monosaccharides of glucose, fructose, etc, and clearly inhibiting blood glucose rising rapidly after food. Glucosaminidase involved in various biologic processing, such as digestion of carbohydrate and biosynthesis of glycoprotein. DNJ is the effective inhibitor to α-glucosaminidase in all mammals. It can reduce the high blood glucose through reducing digestion of carbohydrate and absorption of glucose. DNJ can also combine with α-glycosidases of maltase, sucrase and lactase in small intestine, thus stopping them further decomposing into monosaccharides and to be absorbed and clearly inhibiting the value of blood glucose rising rapidly.

The carbohydrate in the diet, like starch, goes into the stomach while hydrolysis due to action to α-amylase in saliva. The part inside the stomach not mixing with saliva, about 70% still make hydrolysis, then enter into duodenum. They continue hydrolysis with acting to α-amylase of pancreatic juice, then produce sucrose and maltose, which are conveyed to small intestine. α-glycosidases attached on the cilium membrane of the upper part of small intestine is made hydrolysis into glucose and fructose, entering into the body with absorbed by the wall of intestines so as to lead the intensity of glucose in the blood rising rapidly. When DNJ is absorbed with food together, the food to the small intestine is also made hydrolysis into sucrose and maltose. Meanwhile DNJ enters into small intestine and combine with α-glycosidases. Due to DNJ’ s action, the glucose into the blood becomes reducing, thus the value of blood glucose also lowering down.

The rising of free radicals in the diabetics has close relationship with that of blood glucose. And the changes in oxidation for free radicals, lipid peroxidation, LPO further develop along with diabetes. LPO in the blood of diabetics are clearly higher than that of healthy people, with the activation of SOD lowering down obviously. This shows the anti-oxidant function inside the body got serious damaged. It may be produced great number of free radicals because of the auto-oxidation between glucose of diabetes and glycosylate protein, meanwhile, the activation of anti-oxidant enzyme, such as vitamin E, GSH, carotene, the density lowers down and weaken in clearing free radicals, thus producing clearly oxidative stress, which may increase more serious for diabetes metabolism in disorder. The anti-oxidant in plant flavonoids not only removes oxygen free radical inside the body, but also removes the free radicals that can’t be done by enzymes.

Mulberry leaf is full of total flavones, with contents up to 3.3g / 100g, also full of higher carotene. The extracting liquid from mulberry leaf has clear effect to reduce blood glucose, which improve the diabetes in a great extent. In addition, with the content of LPO clearly lowering down, and the level of SOD more rising, this indicates that the effect to reduce blood glucose for the extracting liquid from mulberry leaf by water may be related to its anti-oxidant activation. The mechanism for reducing glucose is due to total flavones in mulberry leaf inhibiting the production of free radicals and quickening the elimination of free radicals.

5. The Use of Mulberry Leaf Extract

Mulberry leaf is the dual – purpose article both for medicine and food published by National Ministry of Health. It contains multi-functional components, can be used as one of the ideal resources for functional food. With the development in science-technology and economy, the people’s consumptive quality and consumptive level will get constantly improved, and the consciousness for health care also get gradually enhanced. People will pay more attention to the healthy products of mulberry leaf.

The development in mulberry tea may become one of the directions for mulberry raw materials. Japanese make use of mulberry leaf for tea, with much function for health care and convenient use for food, good for drinking before or after meals. Japanese use fresh mulberry leaf with pre-treatment to produce natural beverages. As a try to improve the traditional structure of mulberry leaf and to develop new type of healthy products, Japanese obtained a good result. 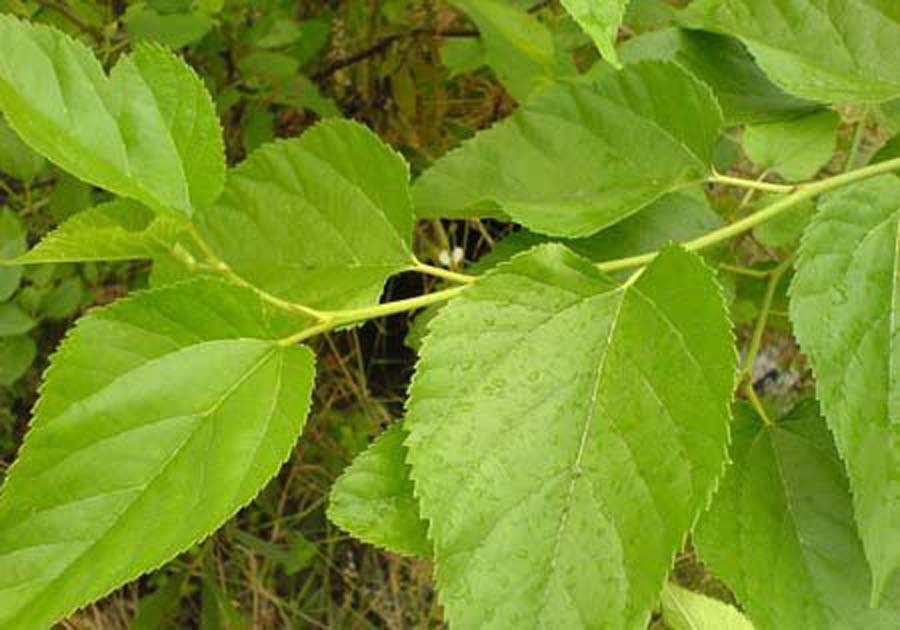 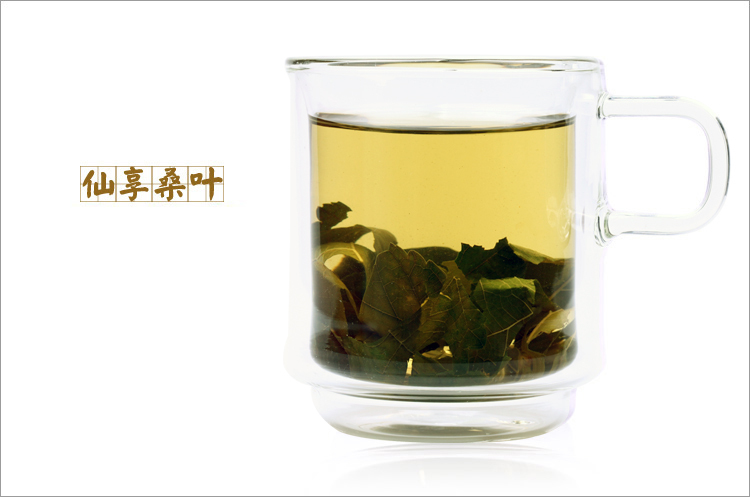 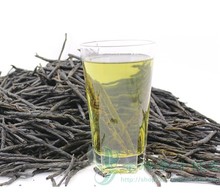 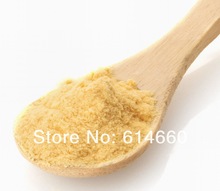 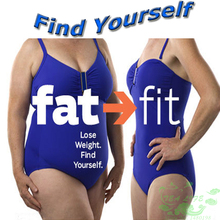 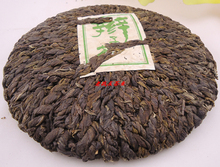 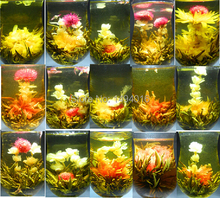 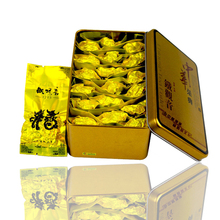 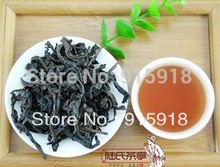